1. The Club shall be called the “OLD KING’S CLUB”.

2. The colours of the Club shall be Blue, Red and Old Gold.

5. The name of every candidate for election to the Committee as an elected member, other than a candidate proposed by the committee, together with the names of his/her proposer and seconder, must be sent to the Secretary at least ten days before the date of the Annual General Meeting of the Club.

6. Each elected member shall serve for a three year term following his/her election but shall be eligible for re-election for a further three year term at an Annual General Meeting of the Club.

VICE-PRESIDENTS AND THE COMMITTEE

12. It shall be the duty of the Secretary to ensure that proper minutes of all proceedings and other records of the Club are kept, to send out all notices required by these rules, and to keep the Members informed of all occasions of special interest to former pupils.

13. It shall be the duty of the Secretary to ensure that a register of the Members’ names and addresses is kept, and every Member shall communicate any change of address to the Secretary. All notices delivered or sent by post to a Member’s last registered address shall be deemed to have been duly given.

14. It shall be the duty of the Treasurer to receive, place to the credit of the Club’s banking accounts and disburse all monies on behalf of the Club, and prepare an annual Statement of the Club as Accounts, such Accounts to be audited by two Members of the Club appointed for that purpose at the previous Annual General Meeting and not being members of the Committee.

15. All money belonging to the Club shall be under the control of the Treasurer, who shall keep accounts in the name of the club at the National Westminster Bank plc. Wimbledon Common Branch, or at such other Bank or Branch as the Committee may from time to time determine. The Treasurer may also deposit funds in a building society account approved by the Committee. Cheques shall be signed by the Treasurer and any one of the following, namely: The President , the Secretary, or such other person or persons as the Committee shall from time to time decide.

16. The Treasurer and Secretary shall be reimbursed any expenses incurred in the discharge of their offices.

INVESTED FUNDS AND THE TRUSTEES

17. The Committee may upon recommendation from the Treasurer for the time being authorise the Treasurer to arrange for the investment (other than in bank accounts or building society accounts as previously authorised under rule 15) of all or part of the Club funds.
Such authorised funds shall be vested in the names of three Trustees, who shall be appointed by the Committee, and shall be dealt with by the Trustees as the Committee may from time to time direct having first received the advice of the Treasurer and the Trustees. The Trustees shall be indemnified against risk and expense out of the Club funds. The Trustees shall hold office until death or resignation or until removal from office by the Committee. Where by reason of such death, resignation or removal it is necessary that a new Trustee or Trustees be appointed, the Committee shall nominate the person or persons to be appointed the new Trustee or Trustees. For the purpose of giving effect to such nomination the Chairman and the Treasurer for the time being are hereby nominated as the persons to appoint new Trustees of the Club within the meaning of Section 36 of the Trustee Act 1925 and they shall duly appoint the person or persons so nominated by the Committee.

20. A Member may at any time, by giving notice in writing to the Secretary, resign his membership of the Club but any such Member wishing to re-join may, at the discretion of the Committee, be re-admitted to membership.

21. The Committee may recommend the removal of the name of any Member whose conduct they may deem injurious to the Club and the Secretary shall forthwith give such Member written notice thereof. Such removal is subject to confirmation at the Annual General Meeting or at a Special General Meeting convened for that purpose and the Member in question shall have the right to be heard both at Committee and at the Meeting.

22. Any Member who shall cease to belong to the Club for any reason shall have no claim upon the funds or property of the Club.

24. A General Meeting of the Club shall be held in every year at such time as the Committee shall decide. The Chairman shall be the President or, in his/her absence, a Chairman elected by the Meeting, having in either case a casting vote in addition to his/her own. The following business shall be transacted:
a) To receive the Secretary’s Report:
b) To receive and approve the Statement of the Club’s Accounts to the end of the preceding financial year and the Report of the Auditors:
c) To elect the Officers and other members of the Committee
d) To elect Honorary Life Members and Honorary Members
e) To elect two Auditors:
f) To decide on any resolution which may be duly submitted to the Meeting as hereinafter provided.

NOTICE OF THE ANNUAL GENERAL MEETING

25. Notice of the Annual General Meeting shall be sent to the Members not less than twenty-eight days before the date of the Meeting together with an Agenda specifying the matters to be dealt with.

RESOLUTIONS AT THE ANNUAL GENERAL MEETINHG

26. Any Member desirous of moving any resolution at an Annual General Meeting shall give notice thereof in writing to the Secretary not less than sixty days before the date of such Meeting.

27. The President or the Committee may summon a Special General Meeting as occasion may require, on sending to all Members fourteen days’ notice thereof, specifying the resolutions intended to be moved, and the business at such Meeting must be confined to such resolutions. A Special General Meeting shall also be summoned on receipt by the Secretary of a written request signed by not less than twenty-five Members of the Club. The President as Chairman or, in his/her absence, a Chairman elected in his/her place by the Meeting, shall have a casting vote in addition to his/her own.

28. All members of the Club are entitled to attend the Club Dinner which shall be held not less than once in every three years on such a day as may be fixed by the Committee.

29. Membership of the Club shall confer the right to wear the Club’s colours.

AMENDMENT OF THE RULES

SUBMISSION OF MEMBERS TO RULES

32. Every Member of the Club shall be deemed to have notice of and be bound by these Rules and any alterations thereof duly approved at an Annual General Meeting or Special General Meeting. 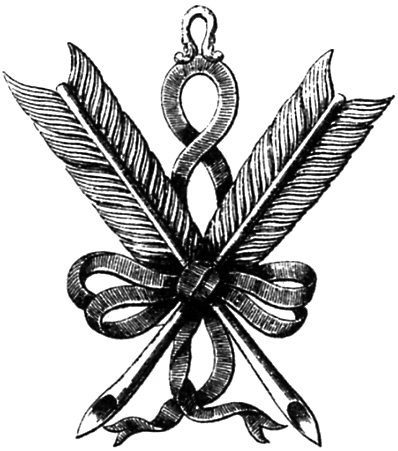