The Old King’s Club offers a limited number of Gap Year Awards in April of each year. These awards are intended to provide some financial assistance to help Old Boys who are members of the Old King’s Club to undertake their chosen activities. These activities will normally take place either after leaving School, but before starting University, or during or immediately after a University course.

To qualify for an award an applicant should be proposing to undertake an activity which, in the opinion of the awarders, is of material benefit to a charity, the community, the School, or the Old King’s Club, in addition to broadening his own experience and developing his personal qualities.

Applications should be sent to the Honorary Secretary, Old King’s Club, King’s College School, Wimbledon, London SW19 4TT by 1st March. They should set out clearly what the applicant intends to do, give an estimate of the likely cost of the activity, and show how it would be of benefit as mentioned above.

Successful applicants will be notified by the end of April, and a list of awards will be published in the OKC Newsletter. They will be expected to make a short written report to the OKC on the completion of their activity, and possibly to return to the School to talk to the sixth form about their experience. 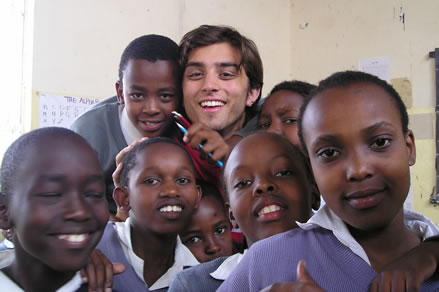