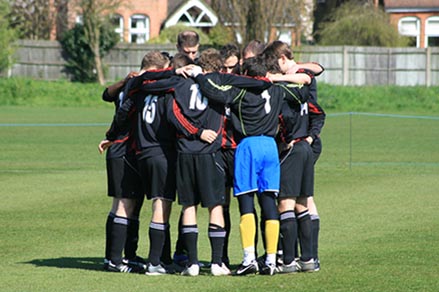 The team was founded in 2005 and plays in The Arthurian League, an Old Boys Public School League with several FA cup winners in its ranks. The side is made up of Old King’s Boys and selects from a number of leavers years.

The original team is in Division 1 and the 2nd XI, after only four years, have been promoted to Division 3 which demonstrates the excellent progress made by the club.

The club is always seeking new players to strengthen the 1st XI squad and also to join the new 2nd XI, so please do get in touch. A ladies’ team next?

Training takes place in Raynes Park every Monday with games on Saturday afternoons.

Pre-season training is starting on 5th August on Clapham Common and continuing through August until the start of the season in September.

This page is: football so the calendar events will be related to football
No events

We are back! After a turbulent couple of years we are delighted to announce that the annual KCS Old Boys 5-a-side tournament is returning on 21st May. It will be taking place at Tolworth goals and the first games will be kicking off at 11am and the tournament should be wrapping up at around 2pm.

The deadline for submissions is 14th May so keep them coming in! It is worth noting that unlike past tournaments, this is a 5 a side tournament rather than 6 a side, and there is a squad limit of 7 for each team. It is also worth noting that this is open to all old boys even if you don’t have a full team from your year, and even if you are not currently involved in the club set up, which consists of three sides including a vets team. This is great way to get involved to see what we’re about and show what you’re all about!

This promises to be a fantastic day for the club and is a great opportunity to play football with some old mates, current schoolboys, and maybe even some past teachers! 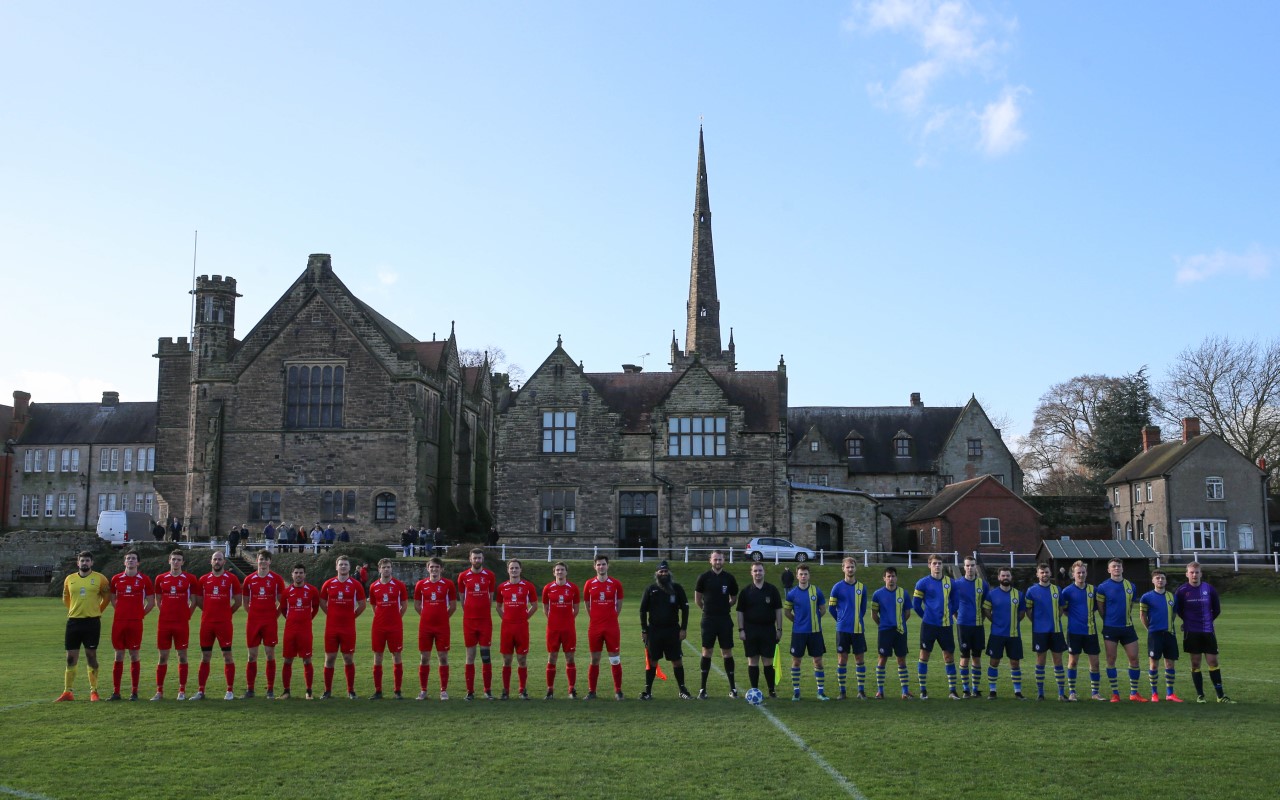 In March 2020, under the guidance of Jack Stephenson (OK11) the 1st XI were on course to challenge for their first Arthurian Premier League title when, with just three games to play, the season was brought to an abrupt end due to the lockdown – with just one point separating them from the Old Carthusians at the top of the table, who they were due to play in the very next fixture. Despite its anti-climactic end, the season was a record-breaking one for the team on several fronts, including going an entire calendar year in 2019 undefeated in a competitive match.

The 2020-21 season was dominated by changing government guidelines related to the pandemic, making it impossible to play out the league season, which was brought to a premature end after only nine games played. The highlight of the season, however, was the progress of both 1st and 2nd XIs in their respective cup competitions. The 1st XI reached the semi-final of the Arthur Dunn Cup after a dramatic late turnaround in the quarter-final against the Old Tonbridgians, but unfortunately suffered a bitter defeat against Old Salopians, cutting short their quest to reach the prestigious final after many years of hurt.

The 2nd XI, under the leadership of Cameron Wilkinson (OK14), went a step further, however, making it to the final of the JLC competition against all of the bookies’ odds, dominating opposition from the division above in Old Harrovians II and Old Chigwellians II. On the day the boys put in a courageous performance but narrowly lost out to a strong Old Ardinians outfit.

The Vets XI also had a strong run in the Derrick Moore Vets Cup to the semi finals that was ended by Old Brentwoods, but there was plenty to be proud of as they comfortably dispatched the previous year’s holders, Old Foresters, and knocked out another fancied team in Old Etonians.

The 2021-22 season began in impressive fashion, with the 1st XI unbeaten after three games in the Premier League and scoring 13 goals. The 2nd XI has had a mixed start on the pitch but has continued its long tradition of recruiting fresh talent and boasts a youthful and enthusiastic core squad who are improving and growing together with every season. The Tilles Trophy (named after former Club Captain Mike Tilles OK02), staged in a stadium annually in preseason and contested between the 2nd XI and Vets XI, was closely fought for much of the game with the 2nd XI eventually running out 4-1 winners.

Despite a  season largely disrupted Covid and an unthinkable amount of injuries, the 1st XI find themselves in the quarter-final of the Arthur Dunn Cup with Old Etonians welcoming them on 12th February, the 2nd XI contest their final game of the season on the same day knowing a victory over Old Alleynians III puts them in a good position to be promoted, and the Vets XI contest their Derrick Moore Vets Cup semi-final, also against Old Etonians, hoping to go further than they did last season.

All three teams will also be in action in their annual matches against the school 1st XI, 2nd XI and 3rd XI at Kingsway on Saturday 19th March.

The club currently plays its weekly Saturday home fixtures at Imber Court in Thames Ditton, with training on Monday evenings at Battersea Park. Our club is made up entirely of KCSOBs, ranging from OK97-OK21, with the majority of our 1st XI and 2nd XI playing squad ranging from OK11-OK18. We always welcome new recruits so please do get in touch through the OKC website, any current players you know, or our social media if you want to get involved! 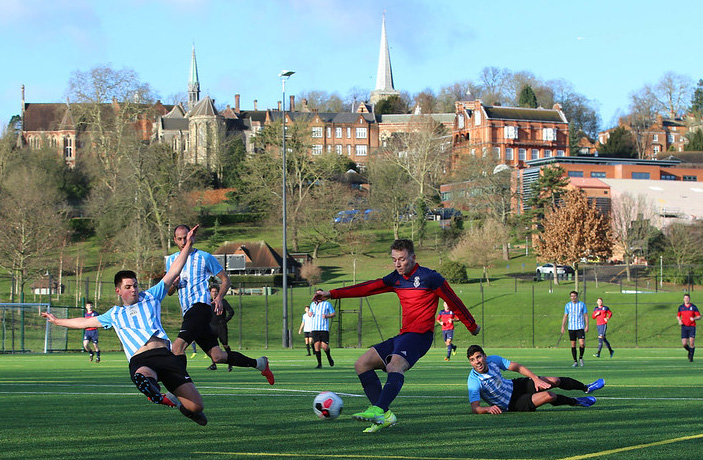 The annual fixture between the Old Boys and School where the 1st XI Old Boys ran out 4-1 winners against the School to take the Kane Cup. The 2nd XI and 3rd XI games also resulted in wins for the Old Boys. 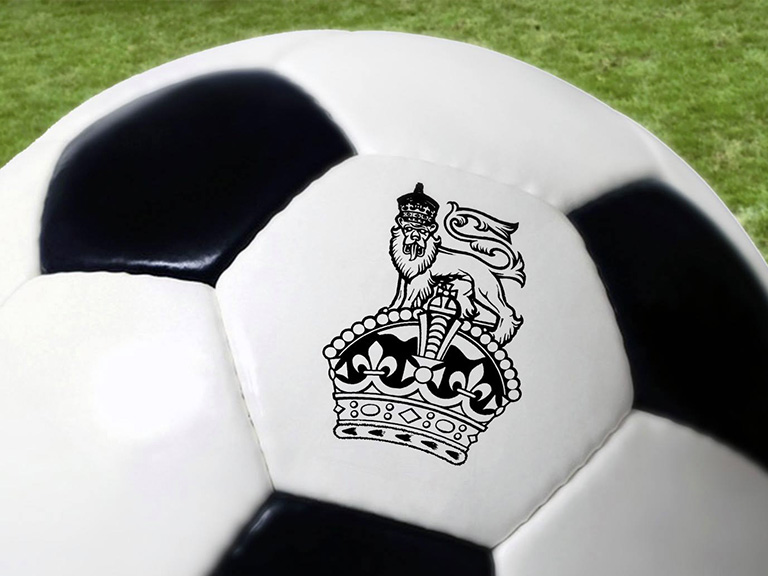 On Saturday, 5th of January, three old boys teams, including circa 40 old boys took on the School first, second and third XIs at West Barnes Lane at 11am.  This was the first time that the old boys have managed to get three teams together for this fixture and we were very much looking forward to the event! 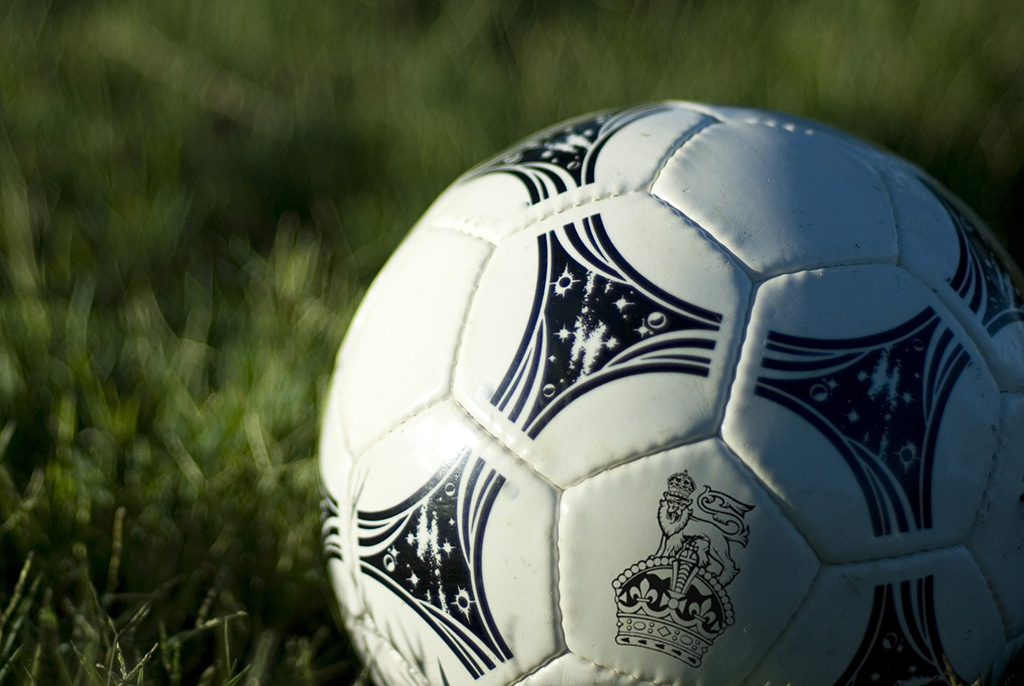 The 1st XI go into the Christmas break in the top half of the table thanks to a fine recovery following a fairly ignominious start to the season. Four of the first six games ended in defeat, including a 2-3 Arthur Dunn Cup first round loss at Eton, which left the OKs languishing in the relegation zone of the Arthurian League Premier Division. However, a six-game unbeaten run has seen the side climb the table steadily and progress to the last-16 of the AFA Senior Cup for only the second time in our history. Wins against Old Tonbridgians and Old Chigwellians (both 2-0) were coupled with hard-earned draws against Old Carthusians and in the return fixture against Tonbridge while progress in the cup was secured with a 2-1 victory over Old Bromleians and a 5-1 dismantling of UCL Academicals.

The side has been led for the second year running by Alex Angel (OK 2010) and he has been ably assisted by the senior player group of Ben Harries (2008), Oly Hewitt (2011), Jack Stevenson (2011) and Nick Perry (2003). Perry is far from being the only “veteran” in the side as Andy Tyler (2001) has has a fine season in goal and Jonny Corbett (2002) has embarked on a record-equalling 11th consecutive season in the 1st XI. Centre-back George Dunne (2013) and forward Barney Oates (2011) have come into the squad this season to prove that there is a bright future for the club.

The 2nd XI also find themselves with 12 points from nine games and looking up the Division 2 table rather than down. Solid victories against Old Harrovians II (2-1), Old Lancing II (3-1) and Old Carthusians III (2-0) were interspersed with losses against Old Carthusians II (twice), Old Alleynians (1-3), Old Etonians II (1-3) and regrettable last minute defeat in the return fixture vs Harrovians (1-2). The OKs saved their best until last, though, when they faced an Eton side who had only lost once all season, including a 3-1 victory against us in September, and ran out 3-0 winners following an inspired performance.

Ramon Selvakumaran (2007) is in his fifth year as 2nd XI captain and is ably supported by vice-captians Charlie Westcott and Maz Tappuni (both 2005). There is a blend of youth and experience across the rest of the squad with regular players ranging from 2002 leavers through to 2013 leavers.

The 3rd XI mid-season report reads “room for improvement” as they find themselves at the foot of Division 5 South. An unkind fixture list left the side with a run of very tricky games at the beginning of the season while some inconsistency in availability has meant some regular chopping and changing of personnel.

However, a much kinder post-Christmas fixture card and a new leadership team headed up by young captain Rory Desmond (2011) means that the side enter the New Year full of hope.

One notable development at the club this season has been, thanks to the ever-strengthening relationship with The School, the introduction of a number of school 1st XI players to the club. This has proved a real success with eight Upper Sixth boys representing the Old Boys throughout the Autumn Term with the most notable being Matt Burditt, who won the man of the match vote for all three XIs during his first five games for the club.

If you would like to keep up with results and tables then please visit fulltime-league.thefa.com