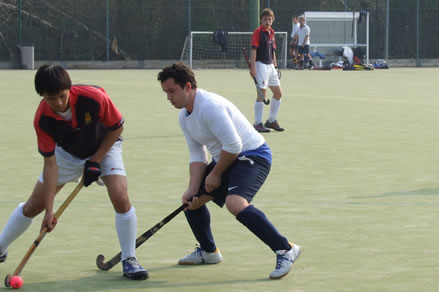 There are currently ten boys teams at King’s who are competing well on a tough circuit, including Langley Park, RGS and KGS. The hockey teams now tour twice a year, at Christmas to either Lisbon or Barcelona and in Easter to Bath to play in the King Edwards School Festival.

Last year the school saw great success, with all the first teams making it into the county finals. In particular the U15As came second in a large all day competition consisting of 16 teams. The school is also now taking part in Surrey indoor competitions which is causing a big increase in the boys overall development.

The 1st XI is looking to play against an old boy’s team to complete their Spring Term calendar.

The girls also play hockey and play in the Autumn Term. We usually have about 40 girls who choose to do hockey at the school and now there has been three cohorts of girls leave, an OKC team can certainly occur. The match is scheduled at the beginning of September so if you are interested please get in contact.

This page is: hockey so the calendar events will be related to hockey
No events 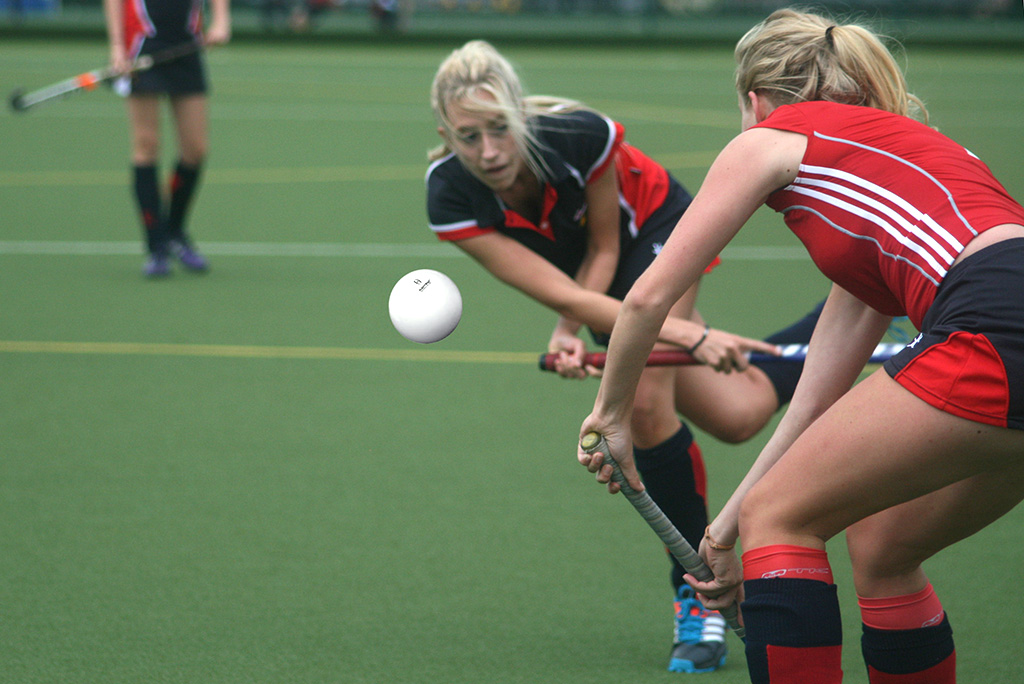 On Monday 14th September some 2014 & 2015 Old Girls were welcomed back to the School to take on the newly formed 1st XI Hockey team. With new hockey players in the LVI, this hockey team demonstrated how much potential they actually have. With only two weeks of training done, the girls were ready to take on Hannah Blackman-Mack’s (OK 2014) Old Girls’ side. It was close in the first half with the Old King’s Club team putting up a strong fight but the second half the current girls found more space and moved the ball with pace which resulted in outstanding goals being scored from Tash Whitham, Poppy Hawkes and Lara von der Brelie. Player of the match was Elspeth Aylett for her excellent attacking play.
The Final score was 3-0 to King’s 1st XI. Player of the match for the Old King’s Club side was Cath Fleton in goal. 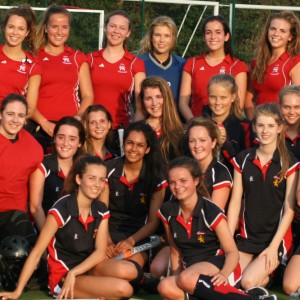 With three generations of leavers, the OKC Old Girls match could finally take place this year and what a match it was! I had not returned to Kingsway for over a year and the excitement at being back on our home ground was evident: ample amounts of giggling and gossiping during the warm-up and many envious of the days when we would finish a match and be greeted with the classic KCS doughnut tray (the best part of our Saturday mornings).

It was a very proud moment to learn that the majority of leavers still play hockey for their university or college teams and the Old Girls won the match 3-0. Nonetheless, the pace of the match and most of the Old Girls having just completed a year of living a student lifestyle saw the KCS team have many a break away into our D but unfortunately no goals converted. Credit to Lettie for some great saves! The game was very evenly matched and it is fantastic to see so many KCS girls playing hockey – the level of hockey has really improved since my first year and can only get better. Plus, their multiple subs on the side are something the Old Girls might want to consider for next year!

Teas in the pavilion after the match were a lovely chance for the old and new girls to mix and mingle: I spent most of my time telling them how lucky they were to use such great facilities and asking what new Common Room gossip there was. For the Old Girls playing that had been the first girls at King’s, we all agreed we missed our sixth form years and the bright pink loos!

The final Score was a first win for the Old King’s Club side with a 3-0 victory over the current 1st XI.

Monday 15th September 2014 saw the first ever Old King’s Club girls’ Hockey match. Girls from each of the three different cohorts who have left the school returned to play the current 1st XI team. The game was outstanding to watch from the start to the finish. The first goal was scored by Hannah Blackman-Mack (OK 2014) after just 8 minutes and the rest of the game was very close. In the closing minutes of the game, two more goals were scored by Olivia Purslow (left 2013) for the Alumni side who took early chances in the circle.

The OKC team captained by Alice Durrans (OK 2012) showed that many of the girls had continued to play hockey after leaving school at their university, keeping their skill level and fitness to a high level.
The end result was a 3-0 win for the Old King’s Club side. This event will now become an annual match. The proposed date for next year is Monday 14th September 2015.