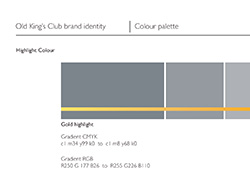 The Old King’s Club has undergone a rebranding exercise to bring it up to date whilst emphasising its links with the past. This website will function as the flagship means of communication with Club Members.

This excercise comes in the wake of the School’s rebranding, which saw the introduction of a new lion logo in place of the original crown and lion crest. The Club has decided to continue using the coat of arms, including the crown and lion, which derive from the foundation of King’s College London in 1829.

The re-launched website will form the backbone of the revitalised Club, with news and events being added by representatives of each accredited activity through the year.

Christopher James Gladstone Bishop died on 28th February 2013 of heart failure in Chesterfield, where he had lived and taught for 45 years. He was still preaching and teaching over the weekend just three days before his death, which came quite suddenly and unexpectedly.

Chris had a health problem from an early age, so when he joined King’s Senior School from Rokeby in September 1949 he did not participate in games or the Corps. Joining a group already well established from Junior School days, Chris was quite quiet and retiring, but also fairly tall, with a deep voice, and a steady and friendly seriousness; he soon made friends and was well respected. He was a hard working and intelligent student, and in 1954 he won an Exhibition in Classics at Jesus College, Cambridge.

In that era an organisation known then as the Crusaders Union (it would be a problematic title today!) ran a widespread group of Bible based interdenominational services for teenage boys for an hour on Sunday afternoons, and many King’s boys attended them. Chris and I were two of four contemporaries who spring to mind who were members of the Wimbledon Crusader class, where Gerald Askew (OK 1943) was the youngest of four leaders, and it was through the Crusaders that Chris came to the Christian faith, which became the mainspring of his life.

After graduation at Cambridge and a PGCE teacher training year at Leeds, he taught Classics at Westminster City School and became head of department. In 1967 he married Christine, they moved to Chesterfield, and soon were the parents of Rebecca and Philippa. Chris joined the staff of Staveley Netherthorpe grammar school and taught Latin to ‘A’ Level, and he continued there when the school became comprehensive, teaching Classical Civilisation right through the ability range until his retirement as senior master in 1998.

On moving, Chris continued with Crusaders, teaching in the Chesterfield class, and he and Christine were very active in Holy Trinity church. He became a lay-reader, run the Sunday school with over 100 children each Sunday (“not like today”, Christine comments) and helped with the “Pathfinder” group (teenagers up to 18). From 1988 Chris and Christine changed the centre of their Christian work to a “house church” meeting in the village hall of Holmesfield, about six miles from Chesterfield. Chris is much missed by this active fellowship as he came to be looked upon as their unofficial pastor.

Chris’s hobby from early days was all things to do with transport, especially railway carriages. In retirement he spent many happy hours researching their history from the LNER Society, and had become the leading authority on this subject, leaving to the Society seven volumes of this work.

Within the constraints his health allowed, Chris served faithfully where he saw the greater need, and was much loved by his friends, family and very many of those taught.

John Chick (OK 1954), with much help from Mrs. Christine Bishop